These days, anyone can be a content creator – all you need is a phone and you’re good to go! But if you really wanna step up your production value, good audio is a non-negotiable aspect to focus on. The Maono WM820 Dual Wireless Microphone System is an affordable option to up your audio quality.

A wireless microphone system is a good-to-have if you produce video content like interviews and vlogs. At S$199 for the dual transmitter system, the Maono WM820 is much cheaper than competitor products which are generally around the S$350 price range.

The receiver and transmitters are nice and lightweight. Transmitters are only 29g each, so they weren’t heavy or uncomfortable when clipped on. The units are also very compact at 45mm x 45mm x 17mm so the transmitter units can be slipped into your pocket or hidden under clothing without a huge bulge when using the lavalier mics.

Each transmitter features an in-built omnidirectional condenser and a 3.5mm input for attaching the lavalier microphones. The USB-C charging port is located on the bottom of the module. The transmitters have 3 buttons on their side which are used to power on/off, mute and pairing. There are two LED indicators on the side so you can know when it’s paired, muted, and its battery level. The inclusion of the carrying pouch to store and carry around everything is great.

AGAINST
– Single output from two transmitters

The set-up for the system was very straightforward and took a matter of seconds. You just have to connect the receiver to your recording device with the included cable, pair with at least one of the transmitters, and you’re good to go.

Audio recorded with the built-in mics sounds natural, crisp and clear. Since the mic is omni-directional, If you’re filming in a windy area or clothes rustle a lot, you can just pop on the included wind covers. They really help to reduce unwanted rustling noises without affecting vocal clarity but having the fluffy wind covers on might not be the best look on camera. 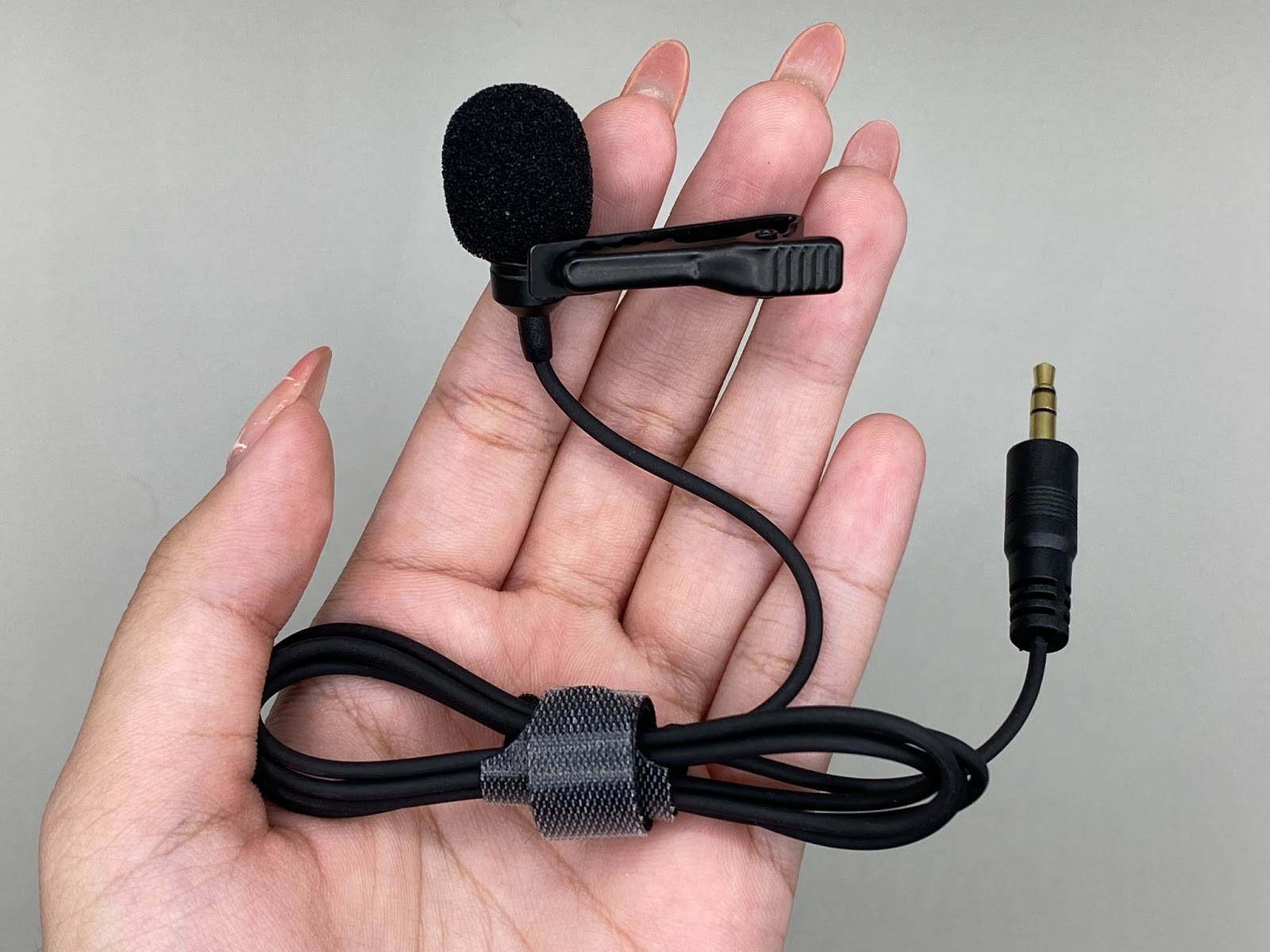 Lavalier included in the set

The one gripe I have is that when recording with two transmitters, the outputs are combined into one audio track. This means that if you’re recording audio from two people at the same time, you don’t get to control each person’s audio individually.

The batteries for the Maono WM820 are rechargeable. On a full charge, the system lasts up to 6 hours so it’s great for longer shoot days. The system comes with a three-headed charging cable, so you can charge all the components simultaneously. The system charges to full in 2 hours and you can still use them as they charge.

The Maono WM820 is great to have in your arsenal of production equipment. Overall, the sound quality from the Maono WM820 is amazing for its price point. You get crisp, clear audio with minimal set-up. All this at an affordable price point, what’s not to love?

Check out Maono’s official website, https://www.maono.com/, for more details on the WM820.